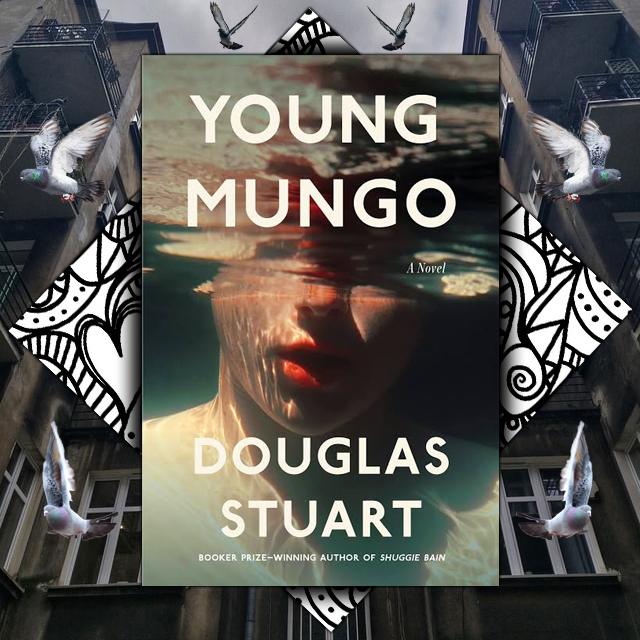 Douglas Stuart’s debut, Shuggie Bain, was one of 2020’s hottest books. Bagging that year’s Man Booker Prize and amassing a grocery list of accolades, the story of a young boy growing up in 1980’s Glasgow with his dysfunctional family struck a chord with readers everywhere, flying up bestseller lists and scoring a television adaptation to boot.

With his second novel, Young Mungo, Stuart returns to Glasgow for a story so full of heart that it’s hard to find fault with it. Mungo Is 15 when he meets James, the boy from the next building who owns the dovecote behind their housing scheme. Life is already complicated with an alcoholic mother who isn’t there most of the time, and a psychotic brother who likes laying waste to the local Catholic boys. His big sister, Jodie, is the only real mother he’s ever known, but Jodie is coming into her own life outside their small flat, and there’s no knowing how much longer she’ll be around.

The fact that James is Catholic doesn’t make things easier, but in a world where nothing makes sense everyone could use a friend, even one forbidden by society. Life might even be looking up for Mungo, if only he can survive his brother’s rage and his mother’s sudden, pressing need to make a man out of him.

I haven’t encountered such well-written characters since David Mitchell’s Utopia Avenue made me long for a rock band that never existed. Stuart describes like a man falling in love, noting every quirk and flaw as if selling a new partner to his closest friends. The nicknames he gives some of his creations are so on the mark that you have to wonder how many of them are based on real people, while their lively accents and the sense of familiarity he weaves makes it feel like you’re part of the street, privy to all the gossip and drama.

The book starts off easy, but there’s a tension that emerges more and more until you find yourself almost dreading the next page.

At one point I had the story pinned as a tragedy, and was preparing for one of those devastating endings that leave you bruised for days, but the book ends on a hopeful (if slightly maddening) note. You can’t help but feel a fondness for Mungo; this sweet, caring boy lumped with a family that really doesn’t deserve him. More than anything, this is the story of a boy losing his innocence and coming to terms with who he is and what he needs to do to survive. Choices which aren’t always easy to make.

The love story just makes it that much more unforgettable.