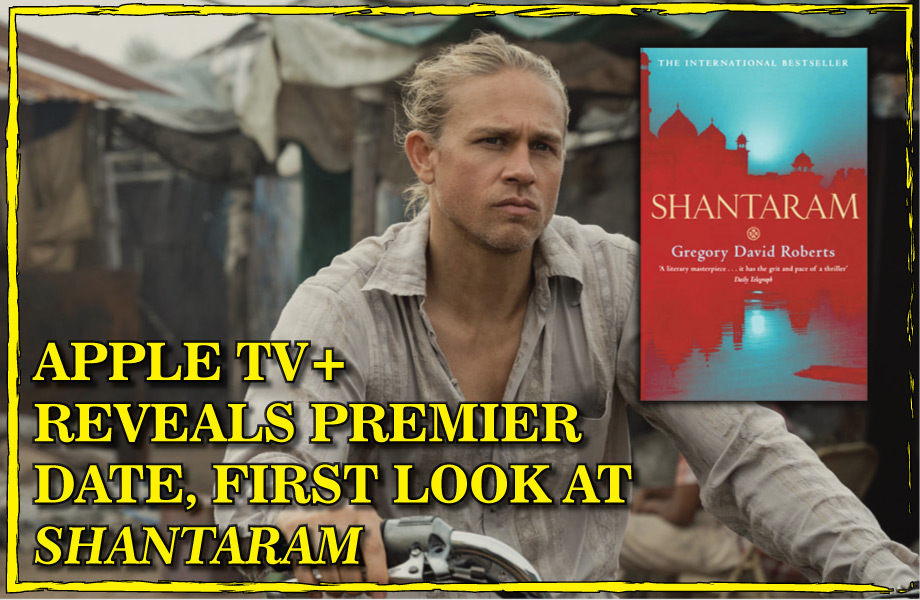 Apple TV+ have revealed their first glimpse of Shantaram!

Based on the hugely popular novel by Gregory David Roberts, the new series starring Charlie Hunnam (Sons of Anarchy), is set to debut on Apple TV+ on 14 October 2022. In the first look at the series, Hunnam can be seen seated on a motorcycle in the slums which play such a central role in the novel.

Shantaram follows convicted Australian bank robber and heroin addict Lindsay Ford (Hunnam) after his escape from prison. Following a lengthy stopover in Bombay where all of his possessions are stolen, Lin is forced to live in the slums, which shelters him from the authorities and serves as his inroad to the local culture. It isn’t long, though, before he’s recruited by the Mumbai underworld and ends up in the local prison, where he’s subjected to grueling mental and physical abuse from the guards.

Ostensibly based on events in the author’s life, the book has sold more than six million copies worldwide. Its follow-up, The Mountain Shadow, was released in 2015 to less favorable reviews following controversy that some of the main events in Shantaram were fictional.

Speaking of the claims, Roberts had the following to say:

“With respect, Shantaram is not an autobiography, it’s a novel. If the book reads like an autobiography, I take that as a very high compliment, because I structured the created narrative to read like fiction but feel like fact. I wanted the novel to have the page-turning drive of a work of fiction but to be informed by such a powerful stream of real experience that it had the authentic feel of fact.”

The Apple TV+ series is set for a first season run of 12 episodes, with the first 3 episodes to be released together on 14 October.

Sales Of Rushdie Books Soar In Wake Of Attack