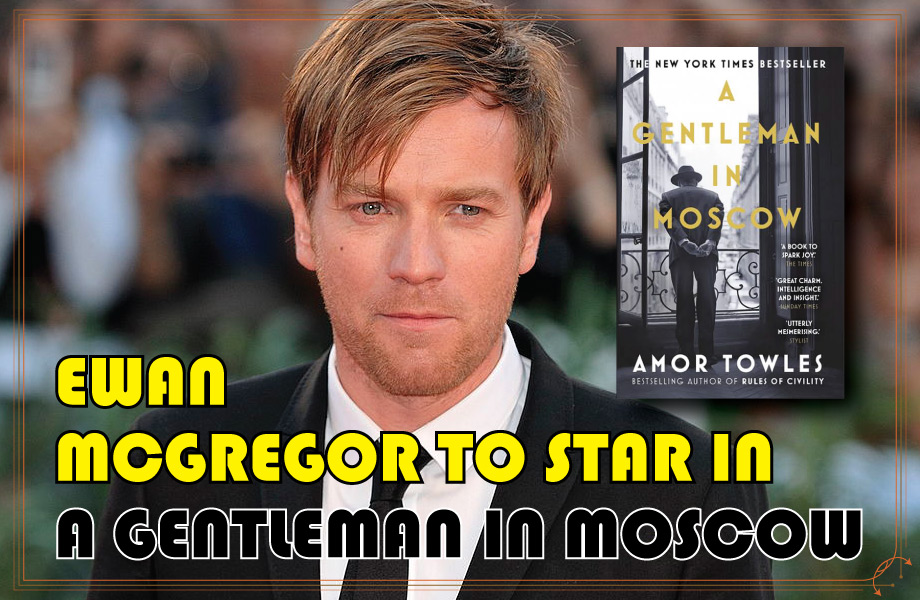 Ewan McGregor will star in A Gentleman In Moscow, a limited series based on the bestselling novel by Amor Towles.

The series is set to debut on Paramount+ internationally, with Showtime handling the release in the US. A Gentleman in Moscow was published in 2016 to rave reviews, with Kirkus Review praising the novel for its charm, personal wisdom and philosophical insight. Towles himself is set to adapt the script, with Tom Harper (Peaky Blinder, War and Peace) slated to direct.

Set in 1922, the book follows Count Alexander Rostov, who stands charged before a Bolshevik tribunal of being a social parasite and unrepentant aristocrat. Convicted on all counts, he is sentenced to house arrest at the grand Metropol hotel in Moscow, where he is forced to take residence in an attic room quite different to the opulence of his former chambers. With his world confined to the hotel, his wanderings suddenly bring him into closer contact with its residents and employees: interactions which result in unlikely friendships, new loves and a deeper understanding of himself.

McGregor, who will star as Rostov while also serving as an executive producer on the series, said: “It’s an amazing, wonderful story, and I am very excited to play such a fabulous role.”

The casting was announced by David Nevins, Paramount Premium Group’s chairman and CEO, during and interview at the Edinburgh TV Festival on Thursday:

“Since its release, the novel has sold over 4 million copies worldwide and counts Barack Obama, Tom Hanks and Ann Patchett among its high-profile fans.”

The series is set to begin production later this year.

Dave Grohl Memoir Due In October

One Last Thrill From Le Carré