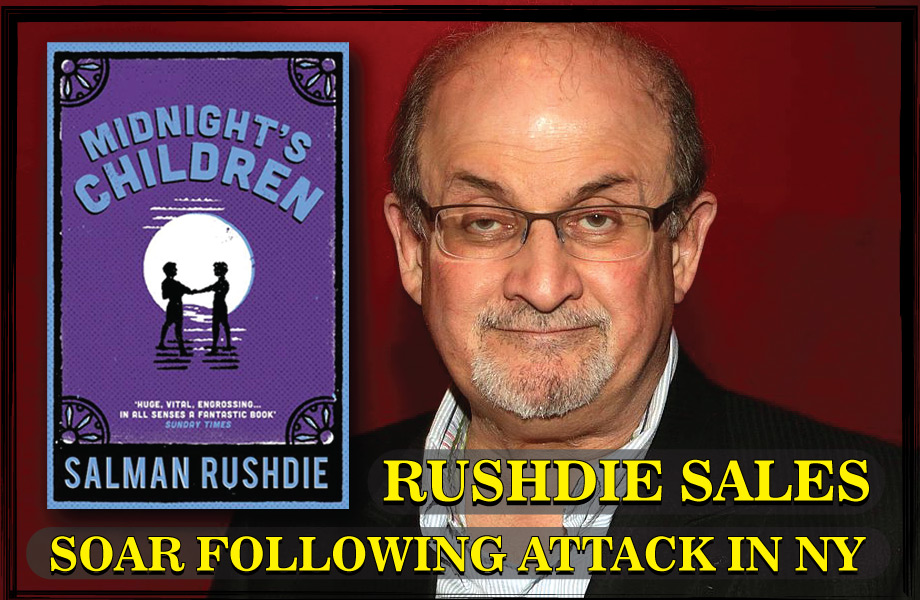 Salman Rushdie’s controversial novel The Satanic Verses is back on the charts following the stabbing attack that left him seriously injured a week ago.

Rushdie, 75, was at an event in western New York on 12 August when he was stabbed repeatedly by a man who rushed onto the stage. The author was airlifted to hospital where he underwent surgery before being put on a ventilator. The suspect was arrested after the attack and later identified as 24-year-old Hadi Matar from Pennsylvania. No motive has yet been established.

The author’s agent has since confirmed that Rushdie was wounded in the liver and hand, and that he might lose an eye.

Looking at comments left on Amazon, it’s apparent that the recent spike in sales can be attributed to readers wishing to show their solidarity with the author. First published in 1988, The Satanic Verses was inspired by the life of the prophet Muhammad: its title derived from a group of Quranic verses concerning three pagan Meccan goddesses. The book received widespread acclaim, though its perceived blasphemy led to riots and calls for Rushdie’s death, resulting in the author having to go into hiding for several years.

The recent attack has received wide condemnation from all sectors of society. In a statement released from the White House, US President Joe Biden expressed his gratitude to the first responders on the scene:

“Salman Rushdie – with his insight into humanity, with his unmatched sense for story, with his refusal to be intimidated or silenced – stands for essential, universal ideals. Truth. Courage. Resilience. The ability to share ideas without fear. These are the building blocks of any free and open society. And today, we reaffirm our commitment to those deeply American values in solidarity with Rushdie and all those who stand for freedom of expression.”

Muhammad Abdul Karim Al-Issa, secretary-general of the Muslim World League, labelled the attack a crime that Islam does not accept:

“There are texts in the Islamic religion that are opposed to violence. And those texts are explicit.”

Rushdie is reported to be off the ventilator and talking.