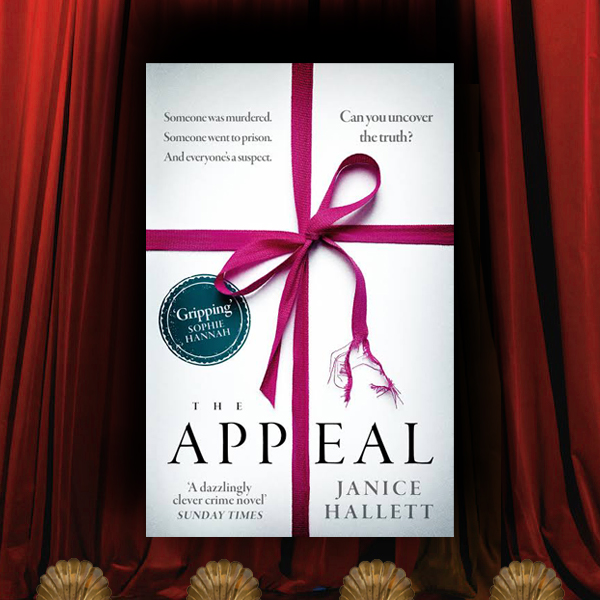 Janice Hallett is one of those gifted individuals whose cerebral dexterity makes the rest of us wonder what we’re doing with our lives.

According to bios splashed across the web she’s been a magazine editor, co-wrote a feature film, won journalism awards, came up with speeches for top government officials and penned numerous stage plays and television scripts. On top of that, she’s now written a book which seems destined to be the must-read crime novel of the year. As careers go, she’s managed to build the sort of legacy most people dream of, and I have a feeling that what we’ve seen so far is but a small taste of things to come.

It’s spring in Lockwood, and the Fairway Players begin have begun to assemble for their next production.

Organized by the Haywards, the drama group features members from all corners of town, though friends and family have been known to feature a little more prominently when it comes to casting. This might seem unfair, but then the Haywards are so well liked that most people already fall into one of these categories, while those who don’t are usually made to feel like part of things, if not always an essential piece.

When the Haywards’ two-year-old granddaughter is diagnosed with an aggressive form of cancer, her best hope lies in an experimental new drug from America; but the astronomical price tag places the treatment far beyond anyone’s reach. Determined to save Poppy’s life, the community throw themselves behind an appeal to raise the funds while the Fairway Players plan a special show in her aid; unaware that behind the scenes things aren’t running quite as they should.

If that synopsis feels brief, it’s because I’m trying not to give anything away. There are so many subtle little pieces to this mystery, and I’d hate to be responsible for planting suspicions in anyone’s head before they’ve turned the first page.

The format in which Hallett presents the story is brilliant. A couple of novitiates at a law firm are handed stacks of correspondence with instructions to analyze the evidence and frame their impressions into something solid. We’re never given any real insight into this duo other than their names and positions – they exist solely to present the facts and stir up suspicions via their own correspondence, a mechanism that works well not only to throw red herrings in our path, but in highlighting motives we might not otherwise notice.

I’ve come across mysteries so full of moving parts that trying to keep ahead of all of them took a special kind of mental gymnastics. While The Appeal  contains a broad cast of characters, and consequently a wide web of connections to explore, each plays a genuine part in the story, with no superfluous fluff inserted just to divert attention from what’s really happening. Given the unconventional style of storytelling, I harbored doubts that this book could hold my attention (400+ pages of emails, text messages and news articles? Seriously?), but barely thirty pages in I was hooked. It’s really that good.

From presentation to story, Hallett’s book ticks all of the boxes when it comes to creating a smart, memorable crime novel. The characters are sharp and convincing, the plot burns at a steady, mesmerizing pace and the truth is so clever that I never saw it coming. Not once.