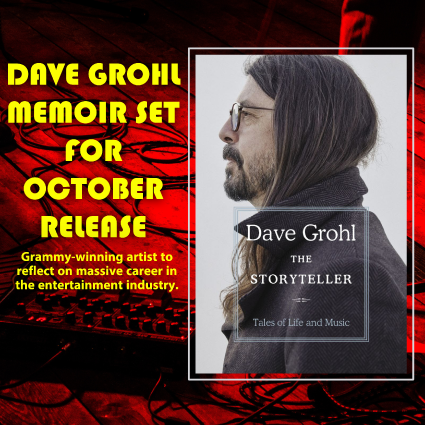 While some of us have been longing to get our lives back on track, Dave Grohl decided to write about his.

Inspired by an essay he penned last May, the upcoming memoir is set to delve into everything from Grohl’s childhood to his time with Nirvana and his years as Foo Fighters frontman. News of the memoir won’t come as a surprise to his Instagram followers, where the legendary rocker has been sharing anecdotes from his life and career since March last year, though the promise of a book set to include stories with David Bowie, Paul McCartney and Grohl’s former bandmate Kurt Cobain is bound to stir excitement among music lovers everywhere.

In a statement, Grohl compared the reward he felt each time he posted a story on Instagram to the feeling he got playing to an audience.

“The response from readers was as soul-filling as any applause in an arena. So, I took stock of all the experiences I’ve had in my life – incredible, difficult, funny and emotional – and decided it was time to finally put them into words.”

With the release of new Foo Fighters music in February and the band’s nomination for induction into the Rock and Roll Hall of Fame, 2021 looks to be coming up golden for Grohl. The Storyteller is due out October 5th from Dey Street Books, but fans can watch the musician’s introduction below for a sneak preview.