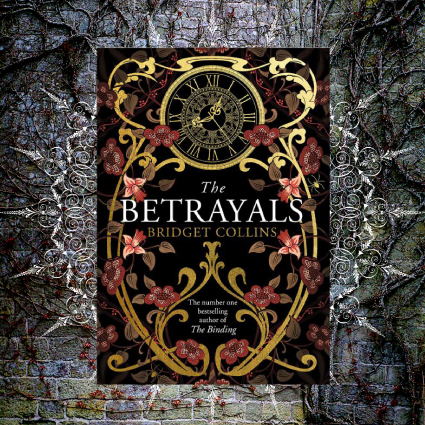 I try not to commit the cardinal sin when it comes to covers, but damn I love a good-looking book.

Roughly ten years ago, Barnes & Noble put out a range of leather-bound classics which were frankly exquisite. I remember stumbling across one of them online and being so captivated that I had to look up the rest of the range, and then being thoroughly depressed by the price tags. Already expensive in the States, locally they seemed totally unattainable to a bookseller who wasn’t earning a hell of a lot at the time, and though I set my heart on owning at least one of them a small voice insisted that the likelihood of this happening wasn’t terribly high.

Life, of course, can be far from predictable. Fast-forward to ten years later, and I’ve managed to acquire not one, but two of these luscious tomes. I’ve also learnt to stop listening to the annoying little cynic in my head.

From time to time the chain I worked for would feature a Book of the Month, and our store would receive all the colourful promotional fanfare that went with these: posters, bookmarks, bunting, flyers. I used to look forwards to this for two reasons: they were usually debut releases which were garnering a fair bit of attention overseas, and there was often an advance proof in the offing for anyone who wanted to read it. On the rare occasion there’d even be a display competition attached (which I loved), but for the most part it was the opportunity to be part of the excitement that surrounded these stories, even if our local market wasn’t always quite as keen on the uptake as the rest of the world.

Bridget Collins had already written a number of books under the name B.R Collins before she came to adult fiction. Aimed at a younger market, I’ve never had the pleasure of getting stuck into any of these, though I’ve marked them down on my ever-expanding ‘still-to- read’ list (has anyone else found that the bit about your eyes being bigger than your stomach works better for books than food?). Her first book for grownups, The Binding, was a Book of the Month when it came out, and the advance copy was one of the most gorgeous proofs I’d ever seen. I’d already read the synopsis and been captivated by that beguiling cover by the time the proof came to me, but neither of these could have prepared me for the ingenious slice of fantasy I found inside: this wonderfully captivating tale that combined history and magic into a story I couldn’t put down. Collins herself is an amateur book binder, from what I’ve read, and I loved the fact that she’d managed to grow something so astonishing from a craft that she loved.  I still experience such a sense of fondness when I think about it that I’m almost tempted to go back and read it again.

For this reason, I was a little anxious approaching The Betrayals. I think we’ve all been let down by second offerings that didn’t quite live up to the first, and I was really hoping for another taste of the magic I found in The Binding. Fortunately, The Betrayals doesn’t just live up to the promise of its predecessor, it surpasses it in some ways.

Sequestered in the mountains, Montverre is an elite academy where the brightest come to study and immerse themselves in the grand jeu: an arcane contest with its roots in the Christian Mass and its branches taking light from every art and science known to humankind. Overseen by a faculty of Magisters who have dedicated their lives to the academy, everything studied within its walls is in pursuit of the grand jeu, while its reputation for tradition and excellence make it the foremost authority on the game and all things associated with it.

Léo Martin attended Montverre ten years ago, but he hasn’t been back since he left. Where his classmates were the offspring of dignitaries and the affluent, he was the son of a scrap merchant: a state of affairs he’s never been proud of and a cause for embarrassment had it ever come out. Though he’s recently landed the position of Minister of Culture in the country’s new government, a small disagreement over aspects of morality finds him abruptly relieved of his post and banished to the academy under the official guise of a newfound fascination for the grand jeu. But while his superiors might be looking to spare him the public humiliation of his dismissal, Léo had a good reason for wanting to put Montverre behind him ten years ago, and he isn’t terribly pleased at being forced to return.

Some families have a storied history with the grand jeu. Clan de Courcey is such a family, though their tree also carries a recurring stain of madness and self-destruction. When Aimé Carfax de Courcey came to Montverre ten years ago his arrival was met with more ridicule than awe: his accomplishments overshadowed by the famed insanity of one of his ancestors and his classmates’ glee in beating him with it whenever they could.

Léo Martin got along with Carfax no better than his peers, and his attempts to reflect attention from his own lineage by joining in with the taunts ensured their rivalry was anything but friendly. When the two are paired together for joint games in a surprise move by a cunning Magister, they are forced to either work as a team or risk a drop in grades: but while an uneasy professional truce seems to provide a workable solution, its long-term repercussions make for events which neither of them could have foreseen.

As the current Magister Ludi, Claire Dryden is Montverre’s preeminent expert on the grand jeu. Due to a clerical error, she is also the first woman to inhabit a Magister’s post, and as such is forced to deal with the resentments that come with being the only woman in an all-male faculty teaching at a boys-only school. Calmly authoritative in her devotion to the academy, the sudden arrival of former Minister of Culture Léo Martin makes her suspect that the government is looking to interfere in the running of the school, his seemingly lukewarm interest in the grand jeu serving only to raise her suspicion and make her dislike the man even more.

Not that she needs another reason to distrust him. Tucked away in her office is Léo’s journal from his time at Montverre, detailing his studies, his relationship with Carfax and their last days at the academy. As the school year draws ever closer to the annual Midsummer Game, a time when she should be composing her ceremonial grand jeu, Léo’s presence at the academy keeps pulling her back to the events in his journal, her thoughts frequently distracted by the circumstances that marked his exit from the academy ten years ago.

The storyline is woven from four perspectives – those of present-day Léo, Léo’s journal, Claire and The Rat. The Rat is an enigmatic character who haunts the forgotten corners and night corridors of Montverre, scavenging from the kitchen and the laundry and whatever else she can find while taking desperate care not to be discovered. A little way into the book I thought I’d guessed her story, but as it turned out her history was much more tragic than I could have imagined, and I ended up feeling for her more than any of the other characters in this book (with the exception of Simon, perhaps, but I’m not going to give everything away!)

That isn’t to say I felt nothing for the rest of the cast. I wouldn’t be here if Collins wasn’t capable of creating relatable characters, and she does that so well. There were times in this story where I felt sorry for Léo; at other times I found myself cursing his vanity and selfishness, while Claire’s indecisiveness tended to play at the edge of my nerves, making me wish she’d settle on either having her cake or eating it. I don’t know if they’d be quite as interesting without that constant-push-and-pull, though: the peculiar dynamics of their relationship are central to the story, and make them one of the more intriguing duos I’ve come across recently. If you think you know where the story’s going, though, guess again. The reveals in this one are particularly satisfying.

We’re never given the exact location of the college, but the book makes it feel like a country you’d recognize if only someone hadn’t moved the furniture around.  The overall sense I got was pre-World War 2, with a mention of the Snow Palace leading me toward Russia, while a photograph taken outside a beer house nudged me in the direction of Germany. There’s also an element of Christian persecution which mirrors the early days of the Jewish holocaust, as well as the use of Latin in the various Magisters’ titles, all of which lends it enough of an otherness to make it familiar but also not quite of this world: a world where magic might very easily exist.

Collins says in the afterword that she got part of the idea for The Betrayals from Hermann Hesse’s novel The Glass Bead Game, which I’m ashamed to admit I’ve never read. The grand jeu is apparently modelled along the same lines as the game in Hesse’s book, “an elusive game that combines maths, music and ideas in an atmosphere of meditation”, but although I found myself fascinated by the concept of the game I would have appreciated just a smidge more detail on the actual performance. Do the gestures inspire some form of fantastic audiovisual effect, or are we simply dealing with an interpretive dance piece? How does the music fit in?

Perhaps I’m being greedy, but isn’t that usually the case with something you love? As with The Binding, Collins’s writing tantalizes from the first page, enveloping you in the story so swiftly that I found I’d bitten off a fair chunk before I looked up again to check the time. The only problem with good fiction is that it goes by so quickly, and then you’re left casting about for something just as good to read next.